He is the cop on the beat who spent six months in Saudi Arabia sweating two gallons a day making sure the armored personnel carriers didn't run out of fuel.

He is the barroom loudmouth, dumber than five wooden planks, whose overgrown frat-boy behavior is outweighed a hundred times in the cosmic scales by four hours of exquisite bravery near the 38th parallel.

She (or he) is the nurse who fought against futility and went to sleep sobbing every night for two solid years in Da Nang.

He is the POW who went away one person and came back another - or didn't come back AT ALL.

He is the one who sometimes tells his wife that he just can't sleep, when really, he is afraid to return to sleep lest the Nightmares return.

He is the Parris Island drill instructor who has never seen combat -but has saved countless lives by turning slouchy, no-accounts and gang members into Marines, and teaching them to watch each other's backs.

He is the parade-riding Legionnaire who pins on his ribbons and medals with a prosthetic hand.

He is the career quartermaster who watches the ribbons and medals pass him by.

He is the three anonymous heroes in The Tomb Of The Unknowns, whose presence at the Arlington National Cemetery must forever preserve the memory of anonymous heroes whose valor dies unrecognized with them on the battlefield or in the ocean's sunless deep.

He is the old guy bagging groceries at the supermarket - palsied now and aggravatingly slow - who helped liberate a Nazi death camp and who wishes all day long that his wife were still alive to hold him when the nightmares come.

He is an ordinary and yet an extraordinary human being - a person who offered some of his life's most vital years in the service of his country, and who sacrificed his ambitions so others would not have to sacrifice theirs.

So remember, each time you see someone who has served our country, just lean over and say Thank You. That's all most people need, and in most cases it will mean more than any medals they could have been awarded or were awarded.

Two little words that mean a lot, "THANK YOU." 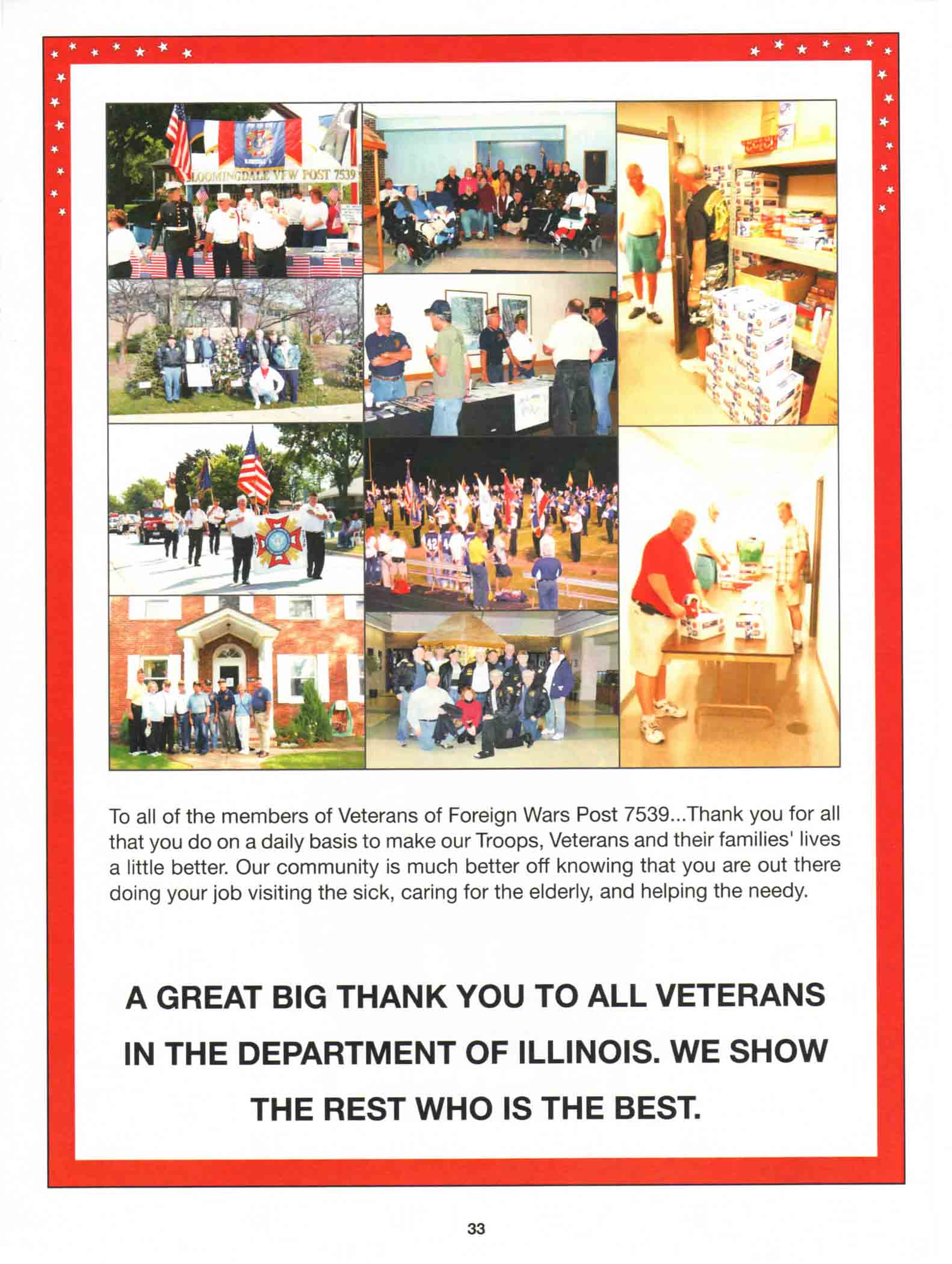 "The British Grenadiers" (Song with Lyrics)   & with marching soldiers  & animation

Surprise!  "Soldiers Surprising Their Loved Ones"

"No man is entitled to the blessings of freedom unless he be vigilant in its preservation."
Douglas MacArthur

"In valor there is hope."
Publius Cornelius Tacitus

“The willingness with which our young people are likely to serve in any war, no matter how justified,
shall be directly proportional to how they perceive the veterans of earlier wars were
treated and appreciated by their nation.”
George Washington

"Let me not mourn for the men who have died fighting, but rather let me be glad that such heroes have lived."
General George S. Patton, "Soldier's Prayer" 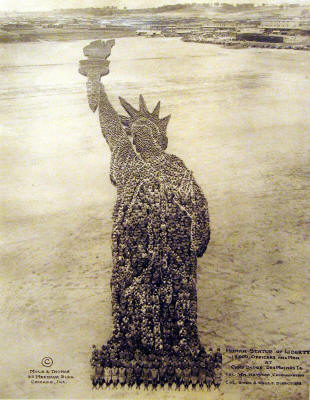 "A Point of View about Veterans"

I approached the entrance to Fort Belvoir's medical facility last year as an
old veteran puttered towards me.  Easily over 80 years old, stooped and
slow, I barely gave him a second glance because on his heels was a full
bird colonel.

As they approached, I rendered a sharp salute and barked, "Good morning,
Sir!"  Because they were heel to toe, I began my salute, as the old veteran
was about two paces from me.  He immediately came to life!

Transformed by my greeting, he rose to his full height, returned my salute
with pride, and exclaimed, "Good morning captain!"  I was startled, but the
full bird behind him was flabbergasted.  The colonel stopped mid-salute,
smiled at me and quietly moved on.

As I entered the clinic, the utter beauty of the encounter preoccupied me.
What prompted the old man to assume that I was saluting him.  Perhaps he
just thought, "It's about time!"  After all, doesn't a veteran outrank us all?
I turned my attention to the waiting room taking a moment to survey the
veterans there.  Service people rushed around, loudspeakers blared, the bell
for the prescription window kept ringing.  It was a whirl of activity and
the older veterans sat quietly on the outside seemingly out of step,
patiently waiting to be seen.  Nobody was seeing.

My old friend stayed on my mind.  I began to pay attention to the military's
attitude towards its veterans.  I witnessed indifference: impatient soldiers
and airmen plowing over little old ladies at the commissary; I noticed my
own agitation as an older couple cornered me at the Officer's Club and began
reminiscing about their tour in Germany.

To our disgrace, I have also witnessed disdain:  At Ramstein Air Base
terminal, an airman was condescending and borderline cruel with a deaf
veteran flying Space Available; An ancient woman wearing a WACS button
was shoved aside by a cadet at the Women's Memorial dedication in D.C.;
A member of the color guard turned away in disgust from a drunk Vietnam
vet trying to talk to him before the Veteran's Day Ceremony at the Vietnam
War Memorial.

Have you been to a ceremony at the Wall lately?  How about a Veteran's Day
parade in a small town?  The crowds are growing faint.  Why do we expect the
general public to care if we don't?  We are getting comfortable again.

It is not my intention to minimize the selfless service of our modern
military; my comrades are the greatest people I know.  But lately I'm
wondering if the public's attitude towards the military isn't just a
reflection of thee active duty military's attitude towards its own veterans.

It's time to ask -- do we regard them, do we consider them at all?  How does
our attitude change when the hero is no longer wearing a uniform?

I was proud to wear my uniform.  Can I admit that I thought it was cool?
There is no denying that there is something about our profession, combined
with youth, that feeds the ego a little.

We have all seen a young pilot strut into the Officer's Club with his flight
suit on.  He matters; he takes on the room; he knows he can take on the
world.  But, one day he will leave his jet for a desk, and eventually he
will have to hang up that flight suit.  A super hero hanging up his cape.
How will we measure his value then?  He will no longer look like a pilot, an
officer, a colonel.  He'll just look like an old man coming out of the
clinic with his prescription.

But, he is he less of a hero?  Will anybody remember or care about all the
months he spent away from his newborn daughter while making peace a
possibility in the Balkans, probably not.

Our society has a short memory.  Maybe it is not for the protected to
understand.  Rather, it is my hope that when a young lieutenant walks
by him they will each see themselves reflected in the other - one's future, the
other's past.  In that moment, perhaps, the lieutenant will also see the
hero, now disguised as an old man, and thank him.

The truth is there are heroes in disguise everywhere.  I used to wonder why
people would want to chat with me when I was in uniform, telling me about
their four years as a radio operator in Korea.  So what?  I wasn't impressed
relative to my own experiences.  Now I understand that they were telling me
because nobody else cared.  Proud of their service, no matter how limited,
and still in love with our country, they were trying to stay connected.
Their stories were a code for "I understand and appreciate you, can you
appreciate me?"  The answer is yes.

I separated from the military in February.  I'm out of the club.  Still, I
want you to know that I'll attend the parades, visit the memorials, and
honor you while my kids and your kids are watching.

Then, maybe someday when I'm an old woman riding the metro, a young
airman will take a moment of her time to listen to one of my war stories.
I, in turn, will soak in her beauty and strength, and remember.

Today as I reflect on my adventures in the Air Force, I'm thinking of that
ancient warrior I collided with at Fort Belvoir.  I'm wondering where he is,
if he's still alive, if it's too late to thank him.  I want to start a
campaign in his honor - Salute a Veteran.  Yes, this started out as a
misunderstanding on my part.  But, now I get it.  That day was the first
time in my life that I really understood what it meant to salute someone.

Dear veteran, I recognize and hail you!  I do understand what I have and
what you have given to make it possible.  So I'm wondering if we meet
on the street again, may I salute you?

Wherever you Are (Military Wives with Gareth Malone) Official

Video History of the VFW 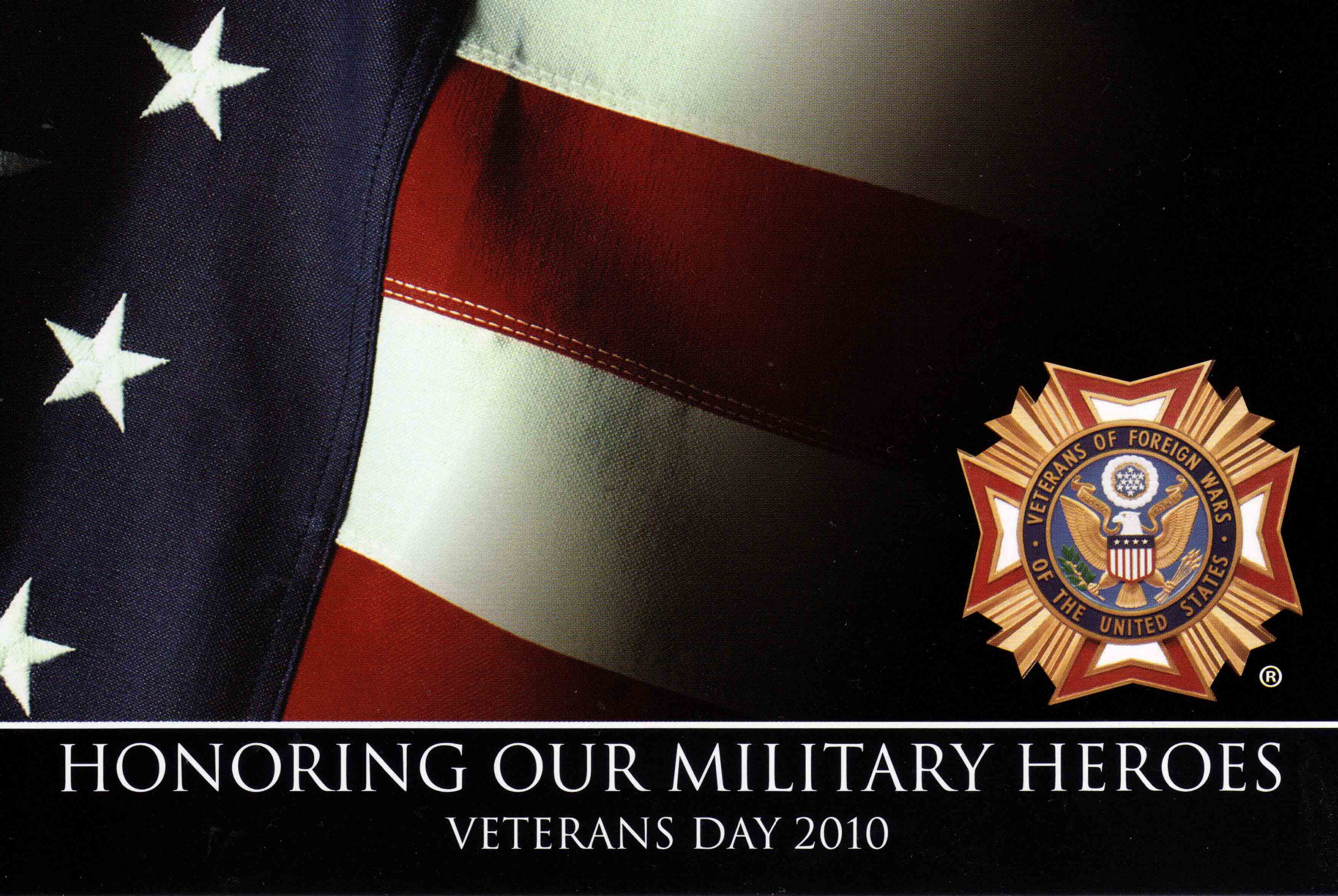