Why could the Lincoln Memorial remind one of the Bastille?

There are several aspects as to how the Lincoln Memorial could remind one of the Bastille.

The first aspect is philosophical, involving political power. While Lincoln freed the slaves, in fighting the
Civil War he also suspended Habeas Corpus, the right to freedom from unjust imprisonment.
The Bastille was a feared an hated symbol for the arbitrary right of French kings to imprison their opponents.

The second aspect is architectural. Check the pictorial comparison below to see the amazing similarity between the two buildings. 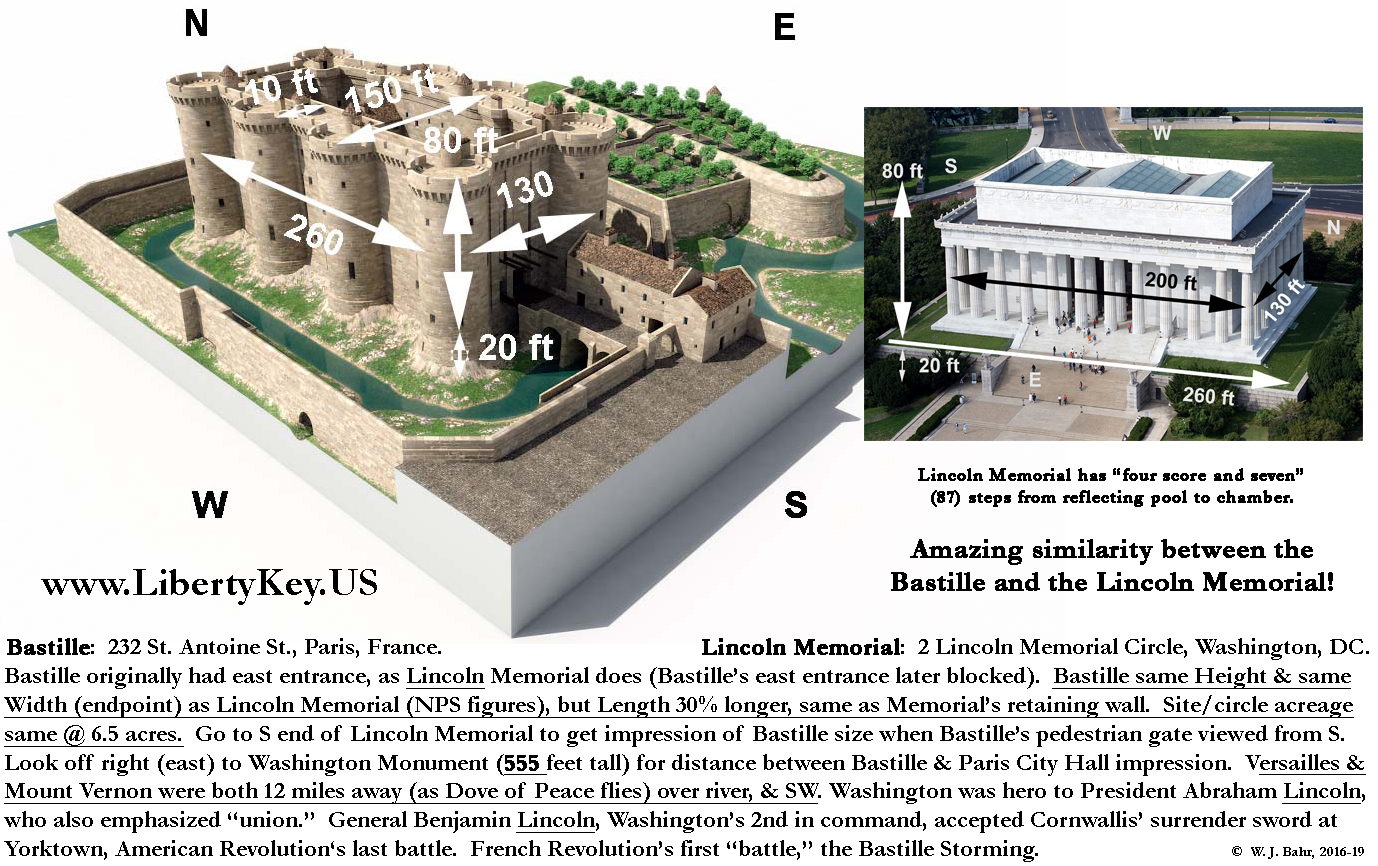 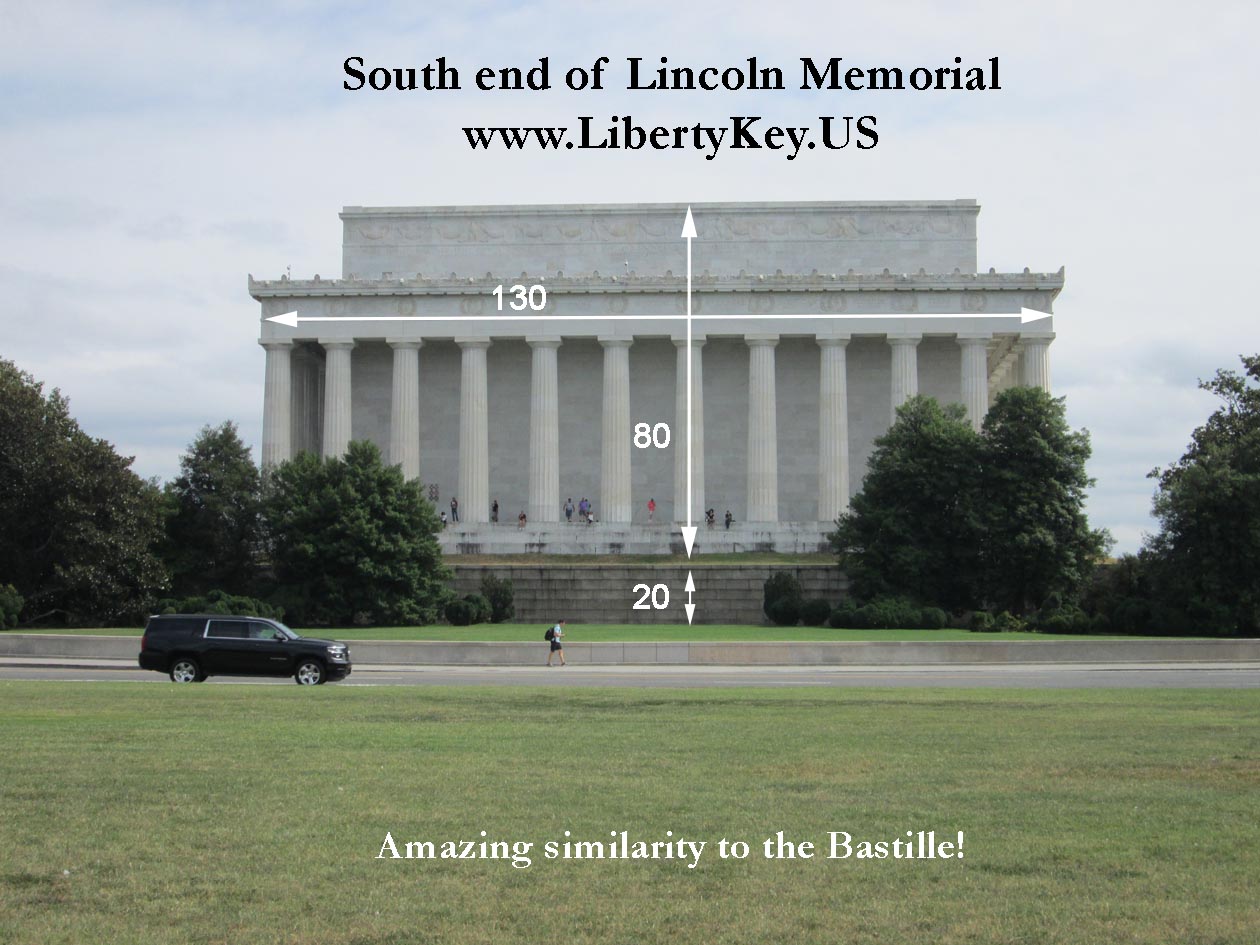 More about the Bastille and its correct measurements