Yet another reason why "It's better in Bloomingdale!" 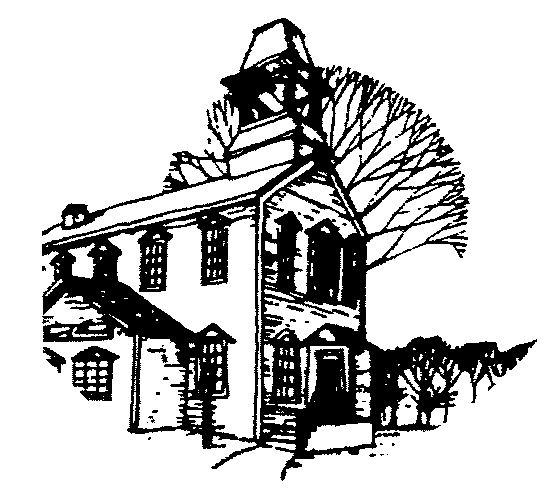 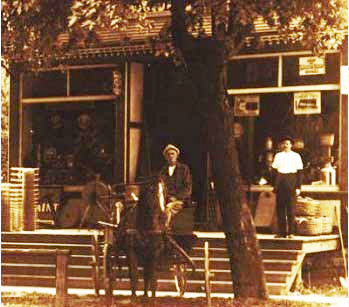 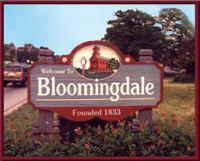 Please "like" us for new "old" information all the time:  www.facebook.com/BloomingdaleHistoricalSociety

What's old is new!  Check back soon for our History Detective Corner,
where we ask for your help in answering "What was that?"


Have a question about Bloomingdale history, just ask!

History book of Bloomingdale reserved for you at the Bloomingdale Village Hall and Park District Museum:  $15 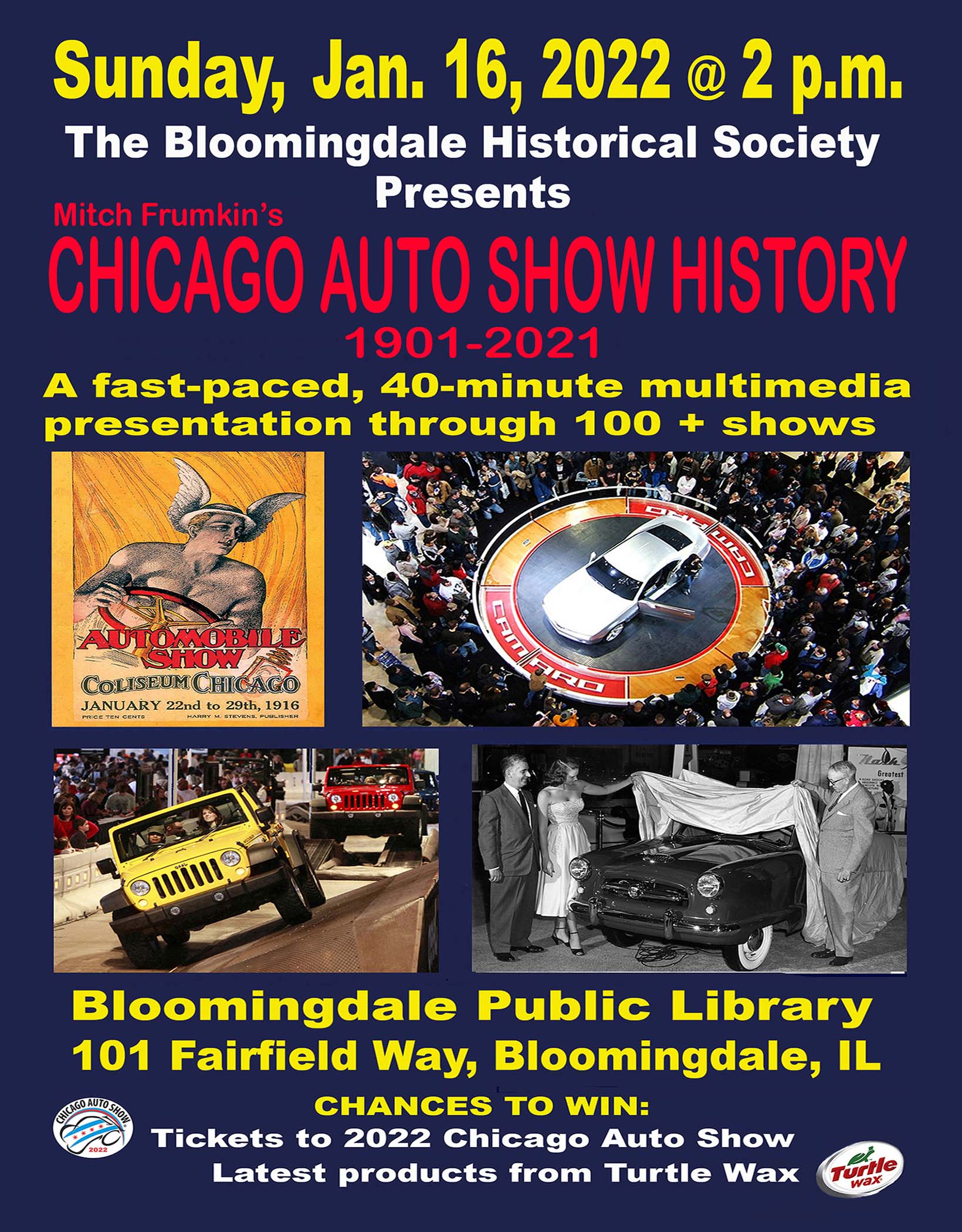 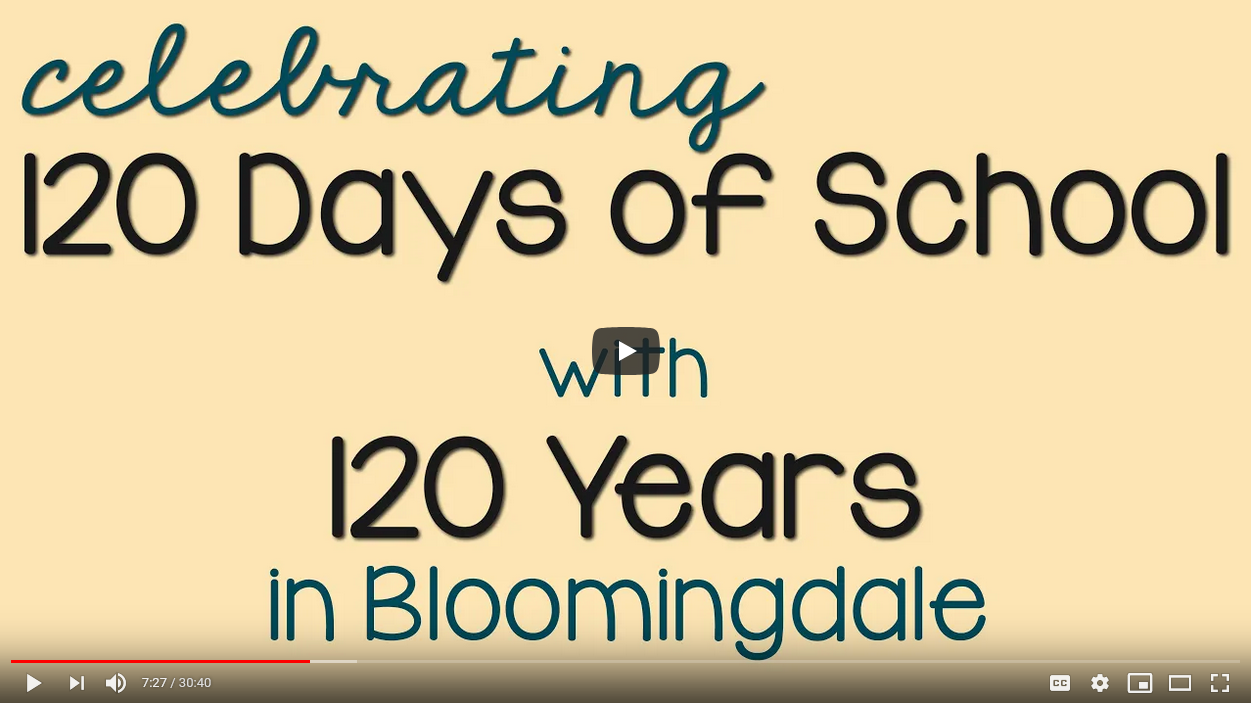 WE NEED YOUR PHOTOS FOR OUR NEW HISTORY BOOK!
Here's what we're looking for.  To print, click for larger copy in PDF! 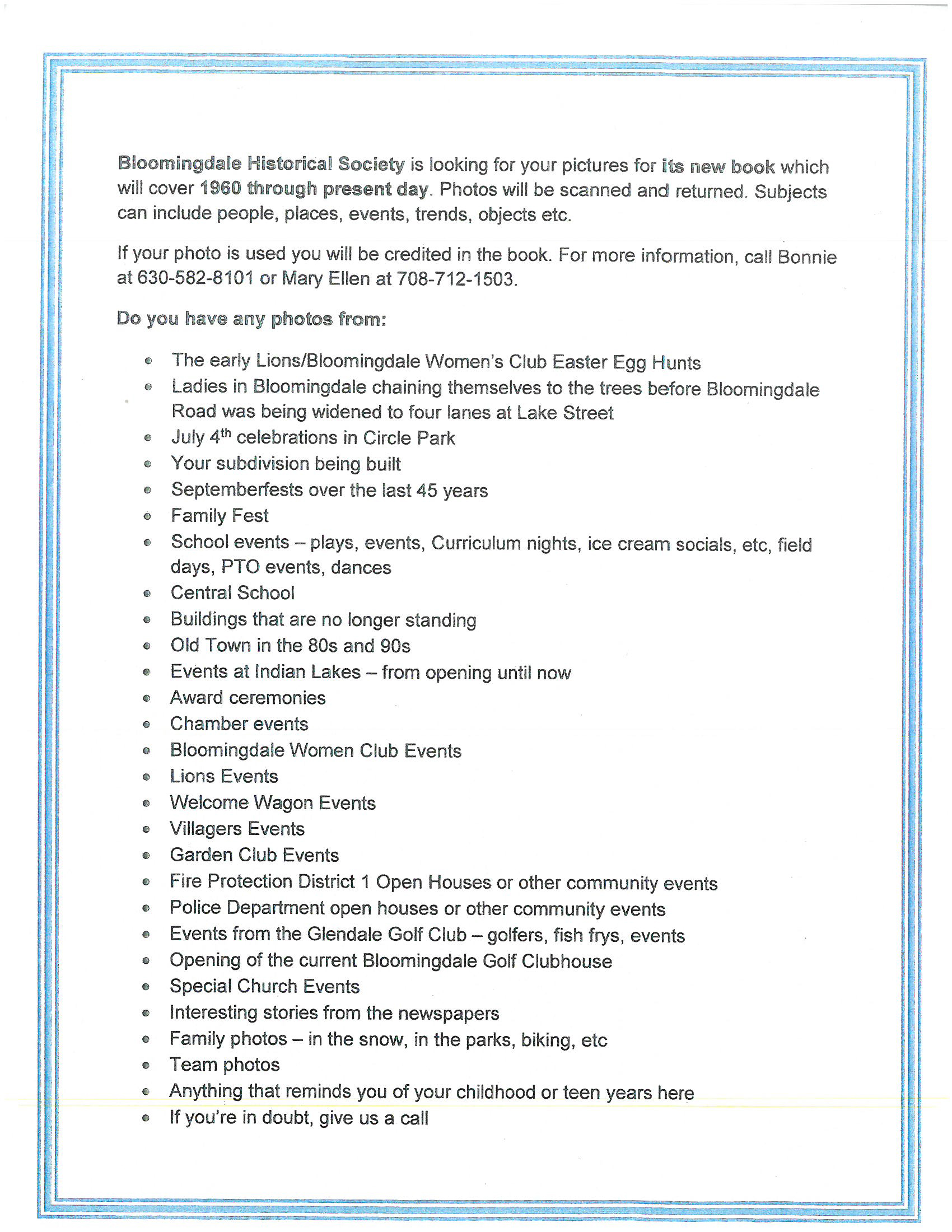 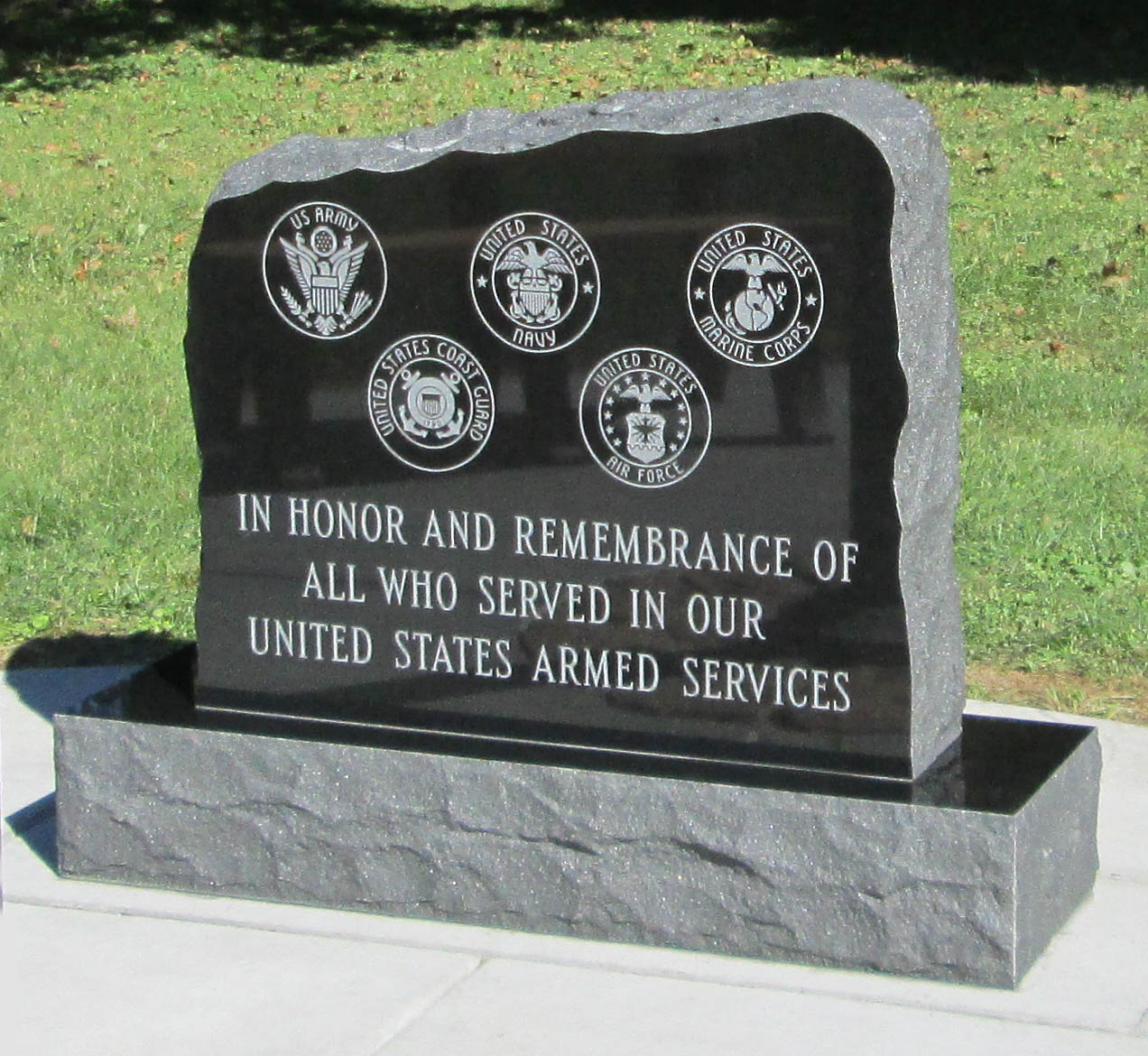 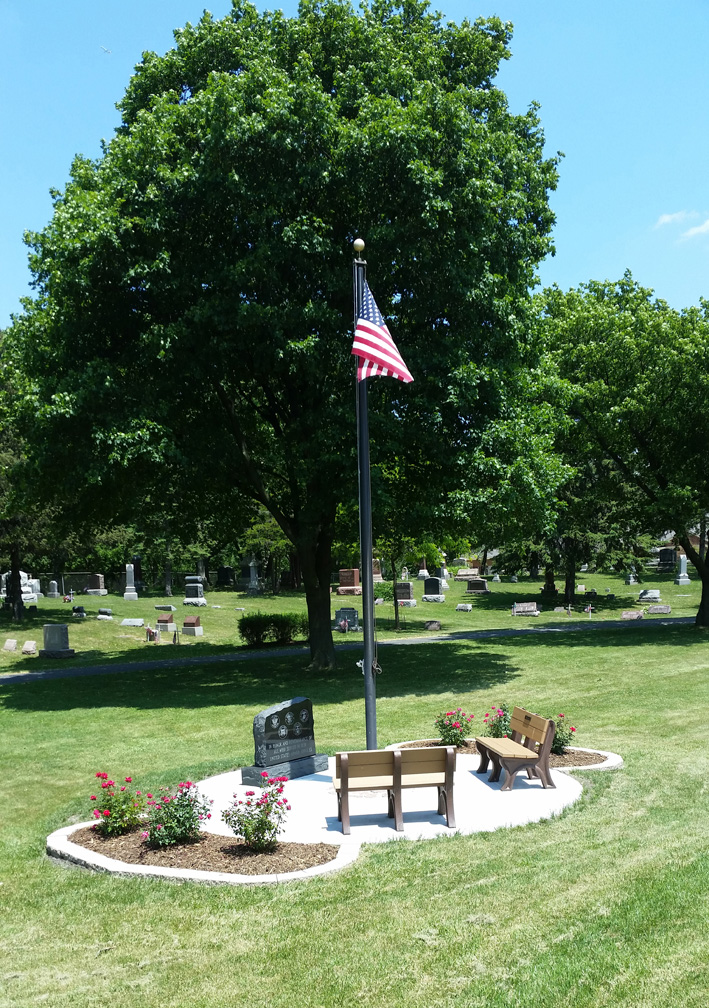 Cemetery Memorial for Veterans in Bloomingdale

Bloomingdale Historical Society donated the monument stone and garden the for the cemetery.
Click here for details and more photos.


Meetings are held at the Bloomingdale Public Library on the first Monday of each month at 7 pm except on holiday weekends.

Bloomingdale Historical Society (BHS) preserves and presents the history of Bloomingdale, Illinois.  BHS works with the Bloomingdale Public Library to save historical documents and oral histories of current and former Village residents.  BHS saves and preserves historic artifacts in a safe, accessible location for all residents to enjoy.

Bloomingdale is one of the earliest villages settled in what is now DuPage County.  The Meacham family settled here in 1833, and by the end of the following year, 12-15 families had settled in the locality.  The community was served by the Chicago-Galena Highway, modern-day Lake Street.   It became an important stop for stage coaches and westward travelers.  Originally a Cook County settlement, it was annexed by DuPage in 1839, and incorporated as a village later that year.  The northern part of the village wanted to develop commercially while the southern part wished to remain a farming community.  In 1922, the village split to accommodate this — the northern portion of the town was incorporated as Roselle.

BHS member Bill Bahr says, "The Carol Stream Post Office mail's on Schmale, but no fleas on Lies!"  Or "Nice trees on Lies!"
Or, "The male on Schmale likes the ladies on Lies!"    : )

Why Army Trail Road?  In 1832, one year before Bloomingdale was founded (1833), General Winfield Scott and his army troops used this Indian trail
(originally ending at the Fox River and used by early settlers) to subdue Chief Black Hawk and his "hostile" "British Band" of native Americans in the Black Hawk War.
Although we can't place them as using personally Army Trail Road, famous Americans involved in this War include: Captain Abraham Lincoln (didn't participate in battle),
Winfield Scott, Zachary Taylor, and Jefferson Davis.  The war helped further remove Native Americans to lands west of the Mississippi River.

Today is tomorrow’s history; help us preserve our history for tomorrow! While we were doing the research for our Village of Bloomingdale book, it surprised us how little information has been preserved on our village from the 1950’s through today. We would like you to take some time and write down some of your memories of living in Bloomingdale. After you have done this please turn your memories into the Local History Room at the Library.

Please we want everyone’s memories, so if you have children at home or who have moved away, ask them to write down what they remember of growing up here in Bloomingdale. Often the same day means different things to different age groups, so we are hoping to get many different perspectives.

What did the corner of Bloomingdale Road and Lake Street look like?

Where did you do your grocery shopping? How far did you have to drive?

Did you go to school here? Which one(s)? What years? What are some of your memories of school?

Did you belong to a scout troop? Sports Team? Memories from either or both?

Do you or did you belong to one of the many clubs in Bloomingdale? (example: Garden Club, Lion’s, Jaycee’s, Woman’s Club, VFW, etc.) Why did you join? Memories?

Do you belong or attend one of the churches in Bloomingdale? Which one? Memories?

What event stands out in your mind? A Familyfest, Septemberfest? Why?

What changes have you seen in our Village?

What does Bloomingdale mean to you?

Click here to copy, paste, and send your answers to Bonnie Homola.    Thanks! 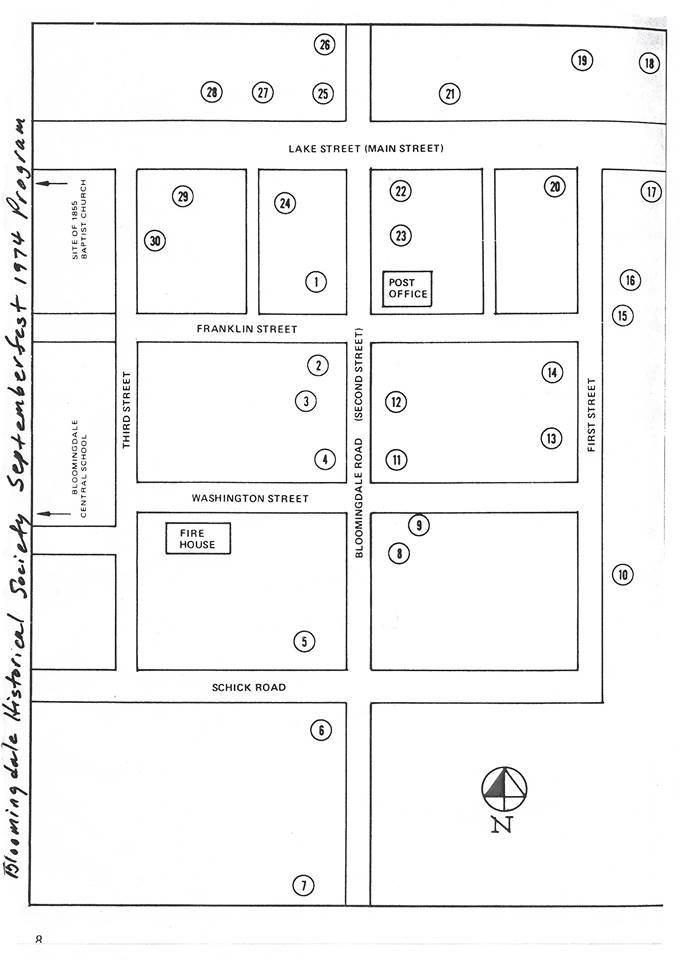 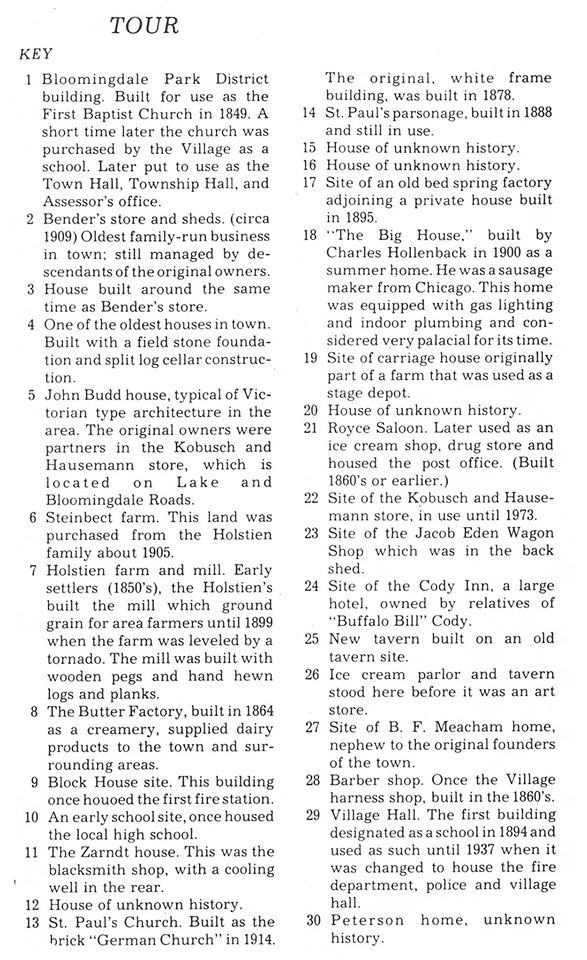 What we all know today as St. Paul’s Cemetery has had many names and currently is still thought of as two different cemeteries, St. Paul’s and Evergreen.  The first name for the west side was the English Cemetery: the first settlers put aside a small plot of land for a cemetery back in the 1830’s.   The first person we know buried there was Amy Ann Lilley in 1842 (lot 17).  The next name we find is Bloomingdale Cemetery, then Evergreen Cemetery named for the evergreens that were planted.  The Daughters of the American Revolution even found a reference of it being called Greenwood Cemetery in 1939.

The German United Evangelical Lutheran St. Paul Church of Bloomingdale was started May 19, 1878.   On May 26, 1878, they bought the Congregational Church.   During their first year, they bought a small cemetery.   The first burial in that cemetery was Louisa M. Zarndt in 1872 (lot 27).  In 1889 they purchased additional property to add onto the cemetery.   In 1934 the merger of Evangelical and Reformed Churches took place and that is when the name was changed to St. Paul Church.   Both cemeteries became one under this name after this merger before that the east side was known as the German Cemetery.

There are 144 Lots or 1728 gravesites in the Evergreen (west) side as of March 2017, there were 796 burials.   The St. Paul (east) side has 130 Lots or 1572 gravesites, as of March 2017, there have been 580 burials.   The Lots were plotted with 12 gravesites that were 18 feet east and west, 12 feet north and south.   Evergreen originally had 90 Lots and was enlarged in 1939 removing lanes east and west making all the lots 18 X 18 feet which helps explain the numbering system.   At this time we haven’t found information on how the St. Paul side was expanded or laid out.   Cement vaults are now used which can cause some tight fits and necessitate using smaller caskets and vaults.   There are still some lots available for member of St. Paul Church to purchase.   St. Paul has perpetual care, which means the church maintains the cemetery.   Today headstones allowed are either flat or 18 or less inches high.

A Pottersfield was made on the Evergreen side of the cemetery.   Records show 17 burials in this area:

The first chain link fence was put around the cemetery in 1977, the 99th Anniversary of the church to stop vandalism.   There were a number of tombstones that were knocked over and broken.   There is one unmarked found on the north side of the fence.   We are not totally sure where the Pottersfield is located except on the western side of Evergreen.

There are currently 85 known veterans buried in St. Paul Cemetery.   Evergreen Lot 38 was set aside for Bloomingdale Town Veterans, only two people were buried in this lot, Franklin Meacham and William C. Fox, both served in the Civil War.   All of the known veterans are honored on Memorial Day every year now by placing of crosses with colored ribbons denoting the war they served in, plus a flag placed at the grave site.   There is also a Veterans marker at each of these graves donated by the Bloomingdale Historical Society and VFW of Bloomingdale.   There are 9 veterans of the War of 1812 (orange ribbon), 27 Civil War (blue ribbon), 14 World War I (green ribbon),         18 World War II (yellow ribbon), 8 Korean War (purple ribbon), and 9 Vietnam (red ribbon).

The Historical Society helped replace headstones for the Civil War Veterans by doing research on all of these men and getting their pension records, then sending the information to get headstones from the U.S. government.  In 2012 we did research on our 1812 veterans who were honored that year on Memorial Day.  All of our research can be found in the Local History Room at the Bloomingdale Public Library.   In 2016, the Historical Society raised funds to purchase and place a monument to all Veterans in the cemetery by the flag pole and the VFW placed two benches there.

The Historical Society encourages you to take a walk through the cemetery and see the resting places of not just the veterans we honor on Memorial Day, but also those of the people who settled and built Bloomingdale.

All Collections by Institution
Click the “R” button and scroll down to see what Roselle Library has there.

Please visit our friends at the Cemetery Memorial for Veterans in Bloomingdale
for Veterans Grave Locator, identification of relics from all major American wars, and much more.

Please visit our friends at the Bloomingdale Park District Museum. 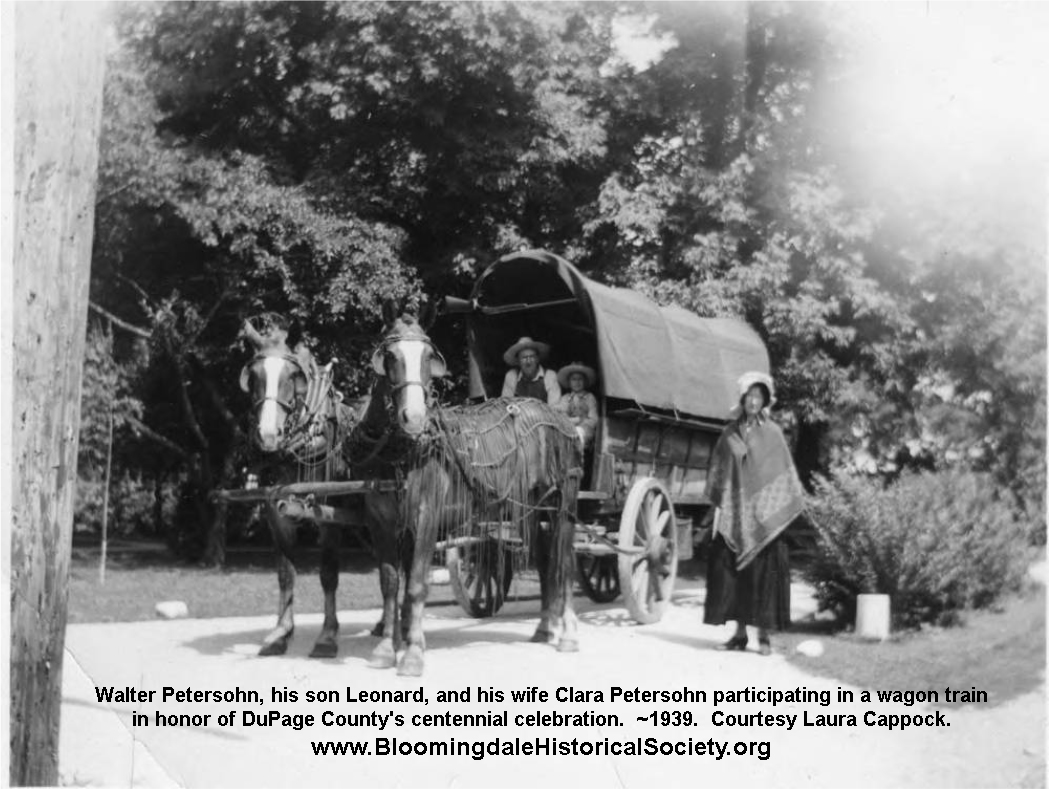